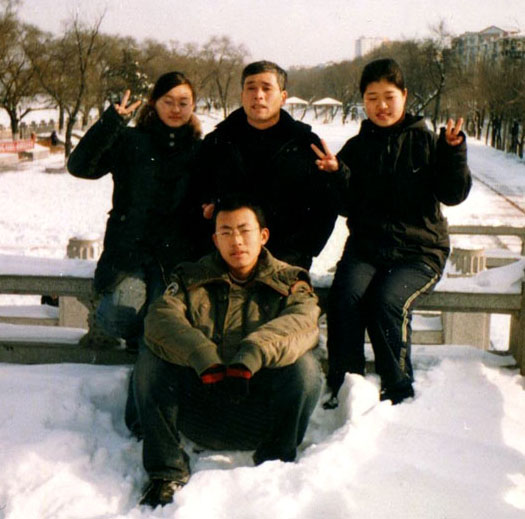 Photo courtesy of the family

Yang Chunlin (杨春林), a laid-off worker from Jiamusi, Heilongjiang Province, was an active participant in land rights movements. He is known for initiating the “We Want Human Rights, Not the Olympics” campaign in 2007. In March 2008, he was convicted of “inciting subversion of state power” and sentenced to five years in prison to be followed by two years of deprivation of political rights.

At an early age, Yang displayed a zeal for fighting injustice. His father was persecuted during the Cultural Revolution, forced into the countryside to do manual labor for more than a decade. The entire family was “guilty” by association and Yang missed the opportunity to take university entrance exams. What his family endured strengthened his empathy for people at the bottom rungs of society. He studied on his own and began focusing on social issues and promoting democratic concepts.

In 2006, Yang participated in a hunger strike that was initiated by rights defense lawyer Gao Zhisheng. At the end of that year, Yang volunteered to help peasants fight land expropriation in Fujin, Heilongjiang Province. In January 2007, Yang began the “We Want Human Rights, Not the Olympics” petition campaign. To collect signatures, he visited villages and individual households, sometimes walking as many as 50 kilometers a day in harsh winter conditions. He eventually collected as many as 10,000 signatures, including those of laid-off workers and farmers who lost their land. He also promoted the campaign overseas.

Yang was detained in July 2007. He refused to admit guilt and was severely tortured, including being chained to a metal bed for nine days. At his trial, Yang, considered an “important offender” (要犯), was brought into the courtroom in shackles and leg irons, with his head covered by a black hood. After his conviction, Yang declared that he would continue fighting for democracy in China because “establishing democracy is the only way to eradicate the persecution of speech.”

Also in this issue